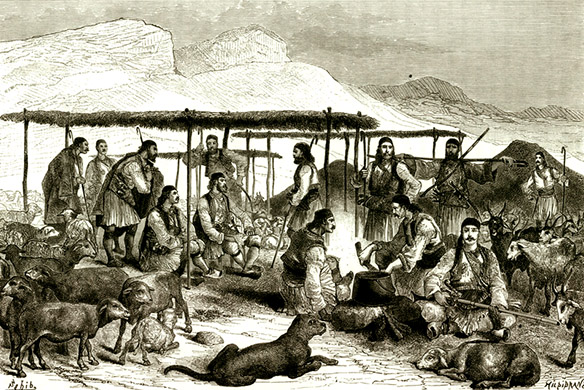 This is a big drama how vlachs were forced to forget themselves violently and we have examples where half of Siatista population are vlachs which get insulted if they are called vlachs.

Greek myths furthermore are trying to persuade us how the so called siatistinians didn't assimilate vlachs or prosecuted them out of Siatista while siatistinians again are vlachs. There is something that only few of us know and is proofing these myths wrong of prosecution.

There is a neighborhood in the upper part of Siatista Hora, which is called Fourka, and we know that it's a settlement of vlachs who came from the vlachic village Fourka of Epirus. There are plenty of records.

Once I met a conscious vlach who lives in Siatista and told that even if live in Siatista I don't really live here, I have nothing to do with all what you see here and these traditions. Hearing that makes me sad which I believe would also make everyone.