THE IMPERIALISM
OF THE BANKS

And the inherent
economic malaise of Greece 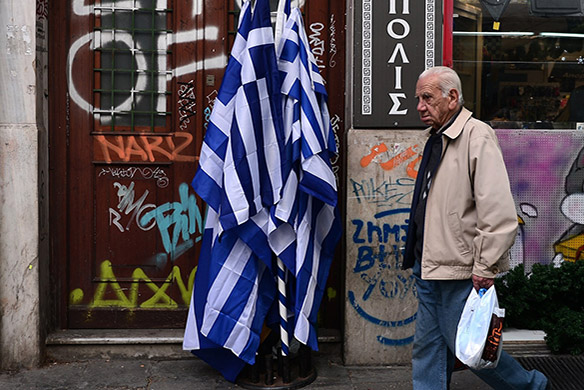 In this article, the Political Economist Paul Craig Roberts examines how the economy of Greece has been altered during the crisis.
He does mention the high degree of local corruption and the lack of a substantial economic policy that the country practically never had and thus never implemented but he makes a point on where the global is headed.
He convincingly states that the end of capitalism as we know it has indeed come and he shows his aversion towards what is coming or what is expected to come since the Laissez Faire Capitalism has already been outpaced by the imperialism of the banks that produce nothing and own everything while struggling and crippling every effort for real progress and economic growth at a global level.

Calling to attention the drawbacks and the inherent economic malaise of Greece is something that has been extensively analyzed in this webpage. Nevertheless, we owe it to ourselves and our readers to present views beyond the local “fence” of the Greek Economy and attempt to see what the Greek economic crisis signifies internationally.

Regardless of agreeing or disagreeing with the views of Mr. Roberts, we should always keep our minds open to ideas and views expressed by individuals noted and well read as Mr. Paul Craig Roberts.

The political and media coverup of the genocide of the Greek Nation began yesterday (August 20) with European Union and other political statements announcing that the Greek Crisis is over. What they mean is that Greece is over, dead, and done with. It has been exploited to the limit, and the carcas has been thrown to the dogs.

350,000 Greeks, mainly the young and professionals, have fled dead Greece.

The birth rate is far below the rate necessary to sustain the remaining population. The austerity imposed on the Greek people by the EU, the IMF, and the Greek government has resulted in the contraction of the Greek economy by 25%.

The decline is the equivalent of America’s Great Depression, but in Greece the effects were worst.

President Franklin D. Roosevelt softened the impact of massive unemployment with the Social Security Act other elements of a social safety net such as deposit insurance, and public works programs, whereas the Greek government following the orders from the IMF and EU worsened the impact of massive unemployment by stripping away the social safety net.

Traditionally, when a sovereign country, whether by corruption, mismanagement, bad luck, or unexpected events, found itself unable to repay its debts, the country’s creditors wrote down the debts to the level that the indebted country could service.

With Greece there was a game change. The European Central Bank, led by Jean-Claude Trichet, and the International Monetary Fund ruled that Greece had to pay the full amount of interest and principal on its government bonds held by German, Dutch, French, and Italian banks.

How was this to be achieved?

In two ways, both of which greatly worsened the crisis, leaving Greece today in a far worst position that it was in at the beginning of the crisis almost a decade ago.

At the beginning of the “crisis,” which would have easily been resolved by writing down part of the debt, the Greek debt was 129% of Greek Gross Domestic Product. Today Greek debt is 180% of GDP.

The Obama regime encouraged this bailout, because the American banks, expecting a bailout, had sold credit default swaps on Greek debt. Without a bailout the US banks would have lost their bet and paid default insurance on Greek Bonds.

Additionally, Greece was required to sell its public assets to foreigners and to decimate the Greek social safety net, reducing pensions, for example, to below subsistance incomes and so radically reducing medical care that people die before they can get treatment.

This plunder of Greek public property did not go toward reducing the debt that Greek owed. It went, along with the new loans, to paying the interest.

The debt, larger than ever still stands. The economy is smaller than ever as is the Greek population that bears the debt.

The declaration that the Greek crisis is over is merely a statement that there is nothing left to extract from the Greek people for the interest of the foreign banks. Greece is sinking fast.

All of the income associated with sea ports, airport, municipal utilities, and the rest of public property that was forcibly privatized now belongs to foreigners who take the money out of the country, thus further driving down the Greek economy.

The Greeks have not only had their economic future stolen from them. They have also lost their sovereignty. Greece is not a sovereign nation. It is ruled by the EU and the IMF. In my 2013 book, The Failure of Laissez Faire Capitalism, in Part III, “The End of Sovereignty,” I described clearly how this was done.

The Greek people were betrayed by the Tsipras government. They had the option of revolting and using violence to overthrow the government that sold them out to international bankers. Instead, the Greeks accepted their own destruction and did nothing. Essentially, the Greek population committed mass suicide.

The world financial crisis of 2008 is not over. It has been swept under the rug of massive money creation by the US, EU, UK, and Japanese central banks. The creation of money has far outpaced the growth of real output and has driven up values of financial assets beyond what can be supported by “conditions on the ground.”

How this crisis plays out remains to be seen. It could result in the destruction of Western civilization. Will Dog eat dog? After Greece, will it be Italy, Spain, Portugal, France, Belgium, Australia, Canada, until none are left?

The entirety of the Western World lives in lies fomented by powerful economic interest groups to serve their interests. There is no independent media except online, and those elements are being demonized and denied access. Peoples who live in a world of controlled information have no idea of what is happening to them. Therefore, they cannot act in their interest. (Genocide of the Greek Nation, August 21, 2018, paulcraigroberts.org).

Paul Craig Roberts is an american economist, columnist, blogger, and former civil servant.
He was the United States Assistant Secretary of the Treasury for Economic Policy under President Reagan in 1981. 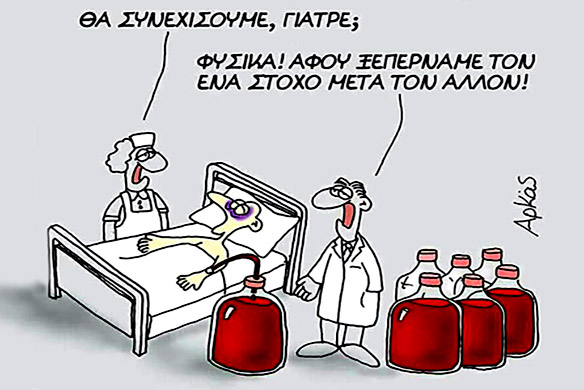