THE GREEKS
AND THE MAKING
OF MODERN EGYPT 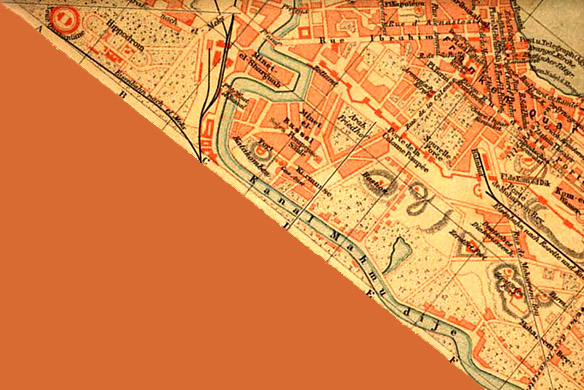 My relationship with the Greeks in Egypt is both familial and academic. My great grandfather moved from the island of Chios to Alexandria in the late 19th century in order to becoming involved in the cotton business. Both grandparents on my father's side were born in Alexandria, as was my father. I was born and grew up in Athens listening to stories of life in Egypt, how easy and wonderful it had been. 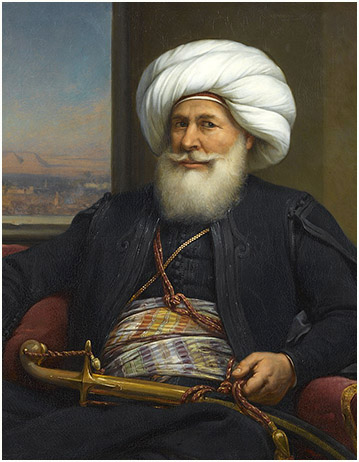 When I began thinking of a topic for my doctoral dissertation, it was a time in which the study of the Greek diaspora was in vogue. Historians believed that by examining the role the diaspora merchant communities had played as middleman between foreign capital and Greece they could identify the causes of Greece's dependency on foreign powers and more importantly the uneven and problematic ways Greece's modern history had developed.

The historiographical significance of the diaspora and my own background led me to choose to work on the history of the Greeks in Egypt when it was time to choose a topic for my doctoral dissertation. But because of my interest in nationalism I chose to study the period between the two world wars. It was an era when the Greeks in Egypt had to deal with the rise of the Egyptian nationalist movement and the impending abolition of the privileges that had enabled their well-being in Egypt. It was completed and published as a book in 1989. After that my academic focus turned elsewhere.

A few years ago, I accepted an invitation from the American University in Cairo Press to write a historical survey of the Greek presence in Egypt from Muhammad Ali, in other words from the early nineteenth century through the 1960s.

A great deal had changed in the many years that had intervened. The changes ranged from the transformation of Manos Charitatos' private collection of books on the Greeks in Egypt become the core of the Hellenic Literary and Historical Archive, to the revitalized role of the Association of the Greeks from Egypt here in Athens. 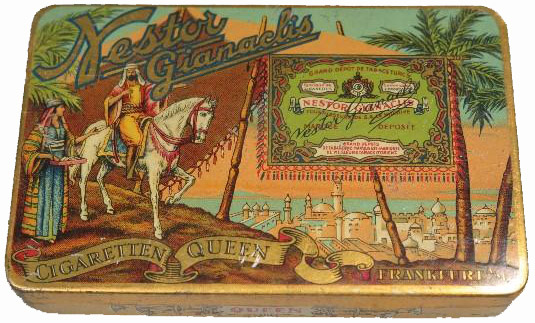 Academically there were also significant changes, a number of important dissertations had been completed on several aspects of the Greek experience in Modern Egypt. A number of several monographs had appeared on topics ranging from the philanthropic activities of the Greeks to Greek sports activities in Cairo.

All these studies were of tremendous help to me as I revisited the history of the Greeks in Egypt, but because I was writing an overview I wished to tackle two major issues that are associated with the Greece presence in Egypt. The first is the role of the Greeks in Egypt's modernization in the nineteenth and twentieth centuries. The second is the relationship that the Greeks developed with Egypt and the Egyptians during this period. 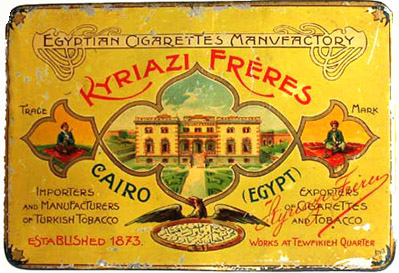 The first study to tackle those questions was the first overall study of the Greek presence in Modern Egypt that was published by Athanasios Politis in the 1920s. Politis described the Greeks as the pioneers of civilization in Egypt, meaning that they became agents of the country's modernization. He also suggested that because the Greeks and the Egyptians had close relations in the era of Antiquity, that meant that the modern Greeks enjoyed a special relationship with the modern Egyptians.

While I do not disagree with the core of Politis' thesis, I believe it was overstated in a somewhat triumphalist language which is understandable since he was writing at a time when the status of the Greeks in Egypt was under attack and their future there was becoming more and more uncertain.

My own understanding of the Greek contribution and the closer relations with the Egyptians is that they occurred in the time frame Politis examined largely because the Greeks enjoyed a set of privileges in Egypt, the so-called Capitulations. These included immunity from taxation, immunity from Egyptian laws and courts, and a number of advantages in importing goods into the country.

Also, from 1882 through 1919, a period we will examine shortly, the Greeks benefited from Britain's control over Egypt, which was designed to ensure control over the Suez Canal and the smooth functioning of cotton exports which were destined for the textile mills of Northern England. 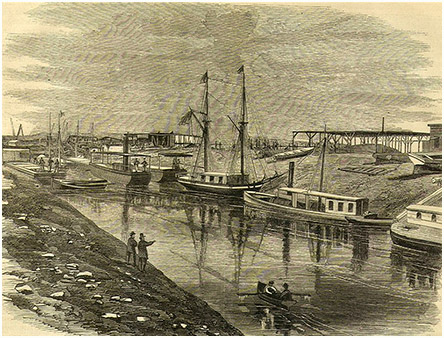 Nonetheless, although those two factors helped the Greeks in their role in Egypt, it is important to point out that Greek entrepreneurs continued their involvement in Egypt while their privileges were being abolished and also that a great deal of what the Greeks achieved in Egypt was not supported and sometimes opposed by the British.

I believe this Greek commitment to Egypt was due to the close relations of the Greeks to Egypt, not so much because of the connection that dates back to antiquity but because unlike the other important foreign communities, the British, the French and the Italians the Greeks did not have a powerful empire to back them up. Greece was in no position to exercise the influence that Britain, France and Italy were able to over Egypt.

Thus, the Greeks had to rely on their own resources and forge close ties with the Egyptians in order to ensure their future in Egypt. That brought them much closer to the Egyptians compared to the other foreign communities.

In revisiting the history of the Greeks in Egypt in order to assess their contributions and their relations with the Egyptians, I wish to look at four separate periods in this history.

the second begins in 1882 when Britain reacted to Egypt's economic problems and the rise of a nationalist movement under Ahmed 'Urabi, bombed Alexandria and placed Egypt under its control;

the third is the period between the two world wars when Egypt experienced a revival of its nationalist movement beginning in 1919, and in the late 1930s the Capitulations were abolished.

The fourth period are the years between the end of WWII and the Egyptian revolution of 1952, when the last vestiges of foreign privileges were removed and measures were taken to effect the "Egyptianization" of the country's economy. 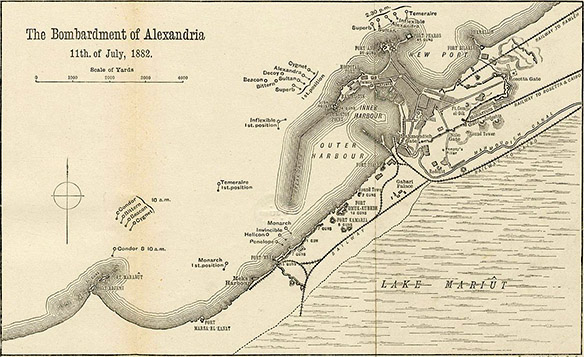 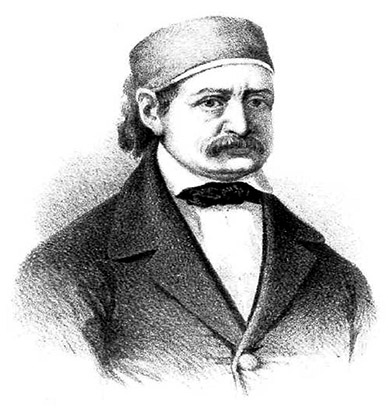 In the first period, 1805 to 1882, the Greeks arrived in Egypt in the early twentieth century, invited by the country's ruler, Muhammad Ali, who undertook the herculean task of modernizing Egypt. A group of Greek merchants contributed directly to that project, among them Michail Tositsas who became Greece's ambassador to Egypt.

The contribution of the early Greek settlers was enabled by Mohamed Ali's support and the Capitulations that applied to the Greeks in Egypt from the mid-nineteenth century onwards. But there was another way the Greeks played a role in Egypt's modernization during that period which owed much less to any privileges and was due to hard work and perseverance. This is their role in the opening of the Suez Canal that began operating in 1869.

Greeks from the islands of Kasos, 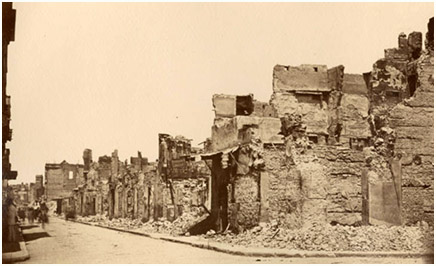 Karpathos and other Aegean islands went to Egypt and worked on the opening and the subsequent functioning of the Canal.

They lived in extremely difficult conditions in what was then a desert but they remained and became associated with the opening and the subsequent functioning of the Canal. Their role was recognized by the man who led the project, the Frenchman Ferdinand de Lesseps.

The second period, 1882 to 1919, was the period in which Egypt exercised close control over Egypt's affairs. Britain responded to Egypt's economic problems and the rise of a nationalist movement under Ahmed 'Urabi by bombarding Alexandria and occupying Egypt in 1882. At the time, Egypt was exercising a cotton boom
and hundreds of Greeks settled there to work in the cotton sector.

Protesters during the Egyptian Revolution of 1919. 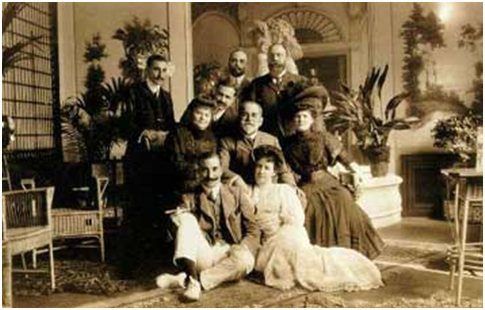 This second wave of Greek settlers, as the author Stratis Tsirkas described them in his study on Cavafy, were naturally pro-British. They included the Benaki, Salvago and Choremi families, who obviously owed the wealth they amassed to British support and the Capitulations.

And the growth of the cotton sector they led, contributed to the work of several Greek agriculturalists who developed higher and higher quality types of cotton. In many cases those developments troubled the British authorities because the textile owners in northern England did not want to adjust their machinery to accommodate new types of cotton. 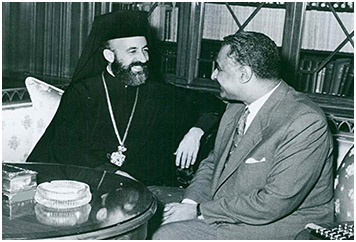 The third period we are examining here, the years between the two world wars, witnessed a renewed emergence of a nationalist movement in Egypt and brought the end of the Capitulations in 1937.

Nonetheless, the Greeks remained in Egypt searching for ways to ensure their future beyond the capitulations. They actively supported the Egyptian nationalist demands and, most importantly, a number of Greek entrepreneurs became part of a new wave of industrialists in the 1930s who sought to diversify and strengthen the Greek economy. The range of Greek involvement in the manufacturing sector during this period was impressive.

Our fourth period is the years around 1952, the year of the Egyptian revolution that brought to power a nationalist and then socialist regime under Gamal Abdel Nasser. Prior to 1952, and despite increased measures designed to "Egyptianize" the country's economy, the Greeks remained committed to their future in Egypt and tried to find ways to reconcile their position with the diminishing privileges enjoyed by foreigners. 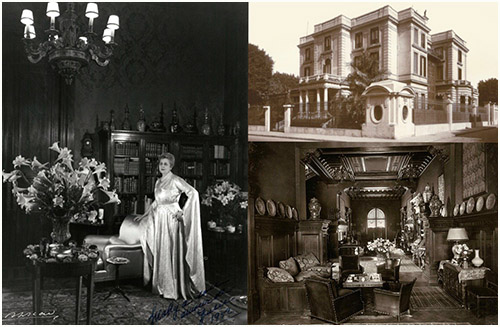 Characteristically, one Greek who was leaving Egypt for Greece in the late 1940s wrote that he did not know whether he was leaving or he was travelling to his country. The financing and building of a sports stadium in Cairo at that time also speaks to the ways the Greeks saw themselves as part of Egypt.

This helps explains the way there was no panic when the nationalist revolution occurred in 1952 and indeed left-wing Greeks in Egypt were openly supportive of the newly established regime. It was only after the regime took gradual steps towards Egyptianizing and nationalizing the economy that the forced the Greeks to abandon what they considered their second country.

What is a general conclusion we can draw from the contributions of the Greeks to Egypt and the close relations between the Greeks and the Egyptians? In the academic sphere we are used to think in terms of west versus east, British and foreigners versus Egyptians. This dichotomy has become standard practice thanks to the concept of "orientalism" which seeks to describe the western prejudices towards the Arab East. I believe we can consider the Greeks a unique, in between category, something between east and west, Europeans who acted and felt as if Egypt was their home.


Note:
The article was based on a lecture given in Greek by Dr. Kitroeff
at the Cotsen Hall amphitheater of The American School of Classical Studies
March 12, 2019 Athens.

Alexander Kitroeff was born in Athens and studied in the U. K. where he received his doctorate in modern history from Oxford University in 1984.
He is currently Associate Professor at History Department at Haverford College in Pennsylvania.
He has also taught at the American College in Greece (Deree), College Year in Athens, New York University, Princeton University, Temple University and Queens College CUNY.
His research focuses on the history of identity in Modern Greece and its diaspora in a broad range of fields, from politics to sports, and he has published four books on the Greeks in Egypt, the Greeks in the Americas, Greek identity and the Olympic Games and a history of the sports club Panathinaikos.
He has collaborated as historical consultant with director Maria Iliou in four documentary films, and they are currently working on a new project, a 5-part documentary on the history of Modern Athens.